As per the survey taken in 2007, it was estimated that 650 million civilians held guns in the world. The numbers are exponentially increasing over the years, as there are vast uses of having guns. People buy guns and use them for sports, events, hunting purposes, recreation matters, and self-defence. But on the other hand, having a lot of guns doesn’t mean the Country’s government feels happy about it.

The ownership of guns in Japan is a very rare thing.

1. The United States of America

Multiple checkups and restrictions are undertaken by the United States of America on Gun buyers.

Usually, instant background checkups consider the buyer’s immigration status, domestic violence, and any crimes done in the past.

Japan is the strictest against gun regulations and safety issues. As a Japanese citizen, you need to bind their gun laws. There’s a firearm class and exam to appear. It occurs three times per year. Get your health background checkups from your doctor. If the reports are fine then move to get a training permit. You need to describe the reason for acquiring a gun in your name to the police. Get a review from officials about your criminal history, domestic violence, employment, family history etc.

Later you need to apply for a gunpowder permit too. There’s a license for different purposes of buying a gun. If you need a gun for hunting then you can opt for a hunting license. You need to compulsorily take the gun training class and pass the firing test. Need to buy a storage rack and ammunition locker. After dealing with all this a second review is done on the buyer. After approving it the buyer can now buy the gun.

Gun Laws are strict in India. You need to join a gun training or shooting club to acquire a gun in your name. Else there’s another way to show that your property and you are under threat so you need to have a gun on the basis of safety issues. But according to local authorities, certain laws may change or be enforced. In India, you need to undergo background checkups like criminal history, health checkups, domestic violence and sometimes interviews with you and your family. After ensuring all this from you, they will allow you to buy a gun.

Mexico allows least gun owners for the purpose of self-protection. Also, foreigners are allowed to buy a  firearm legally in Mexico. And also they need to present the background checkups along with the details as a foreigner to the government officials. The secretaria de Defensa Nacional SEDENA manages the gun licenses of Mexico.

Australia comes under one of the strictest gun laws and has a license. You can not own a firearm for the purpose of self-protection.  Gun licenses are categorized into various classes according to their usage. The process is very long. You can use the category firearm for the purpose of sports and target shooting. However, you can not use it on private properties unless it’s approved. You can use that much shooting range which is approved for your class category.

In Austria, self-defence is considered a legal purpose to buy a gun. They can buy firearms according to certain classes of rifles and shotguns. You can approximate about 30 civilian firearms per 100 people to get a view of gun handling culture in Austria.

Canada ranks 5th highest in Gun per capita among developed nations. The buying number of AR15s and some handguns are doubled in Canada. This is because of the growing recreational popularity among them. In order to own a gun you need to have a firearm license it is known as a possession and acquisition license. It is necessary to get a government safety course before buying a gun. There’s nothing like guns for self-defence, it is not legal to shoot anybody in self-defence. Such matters are to be resolved under court sessions.

Because they guarantee that reducing gun availability will lower the crimes and deaths of the people. Thus the majority of South Africans do not own guns. South Africa’s past, present and future and sometimes politics influences the firearm laws and ownerships. For a population of about 50 million-plus, the total number of firearm handling individuals is 3 million. About 500,000 firearms are for the military and police. South Africa has its national register of firearms which always issues licenses to individuals who register to buy one.

There’s a punishment for using unlicensed firearms that is a fine or imprisonment of up to 15 years. To buy a firearm you need to pass a competency test first then submit the license application on the gun you want to buy. Go to a shooting range for practice. For self-defence, you will own only one handgun or one shotgun. And not a semi auto shotgun. Also, the self-defence licenses are valid for 5 years and after that, you need to renew them. For sporting use, you can apply for a license through the national sports association. You could get a semi-auto like an AK47 or even a pistol. 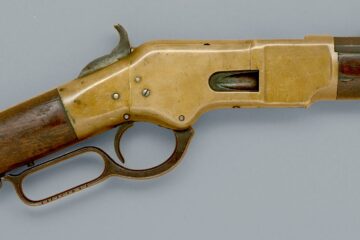 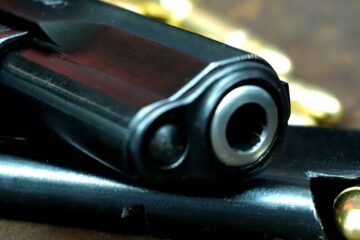 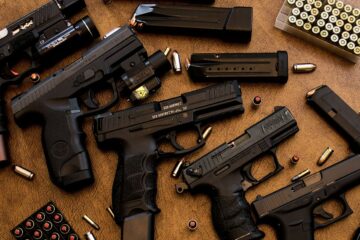 Anyone who is going to participate in firearm training or going to purchase a firearm in present or in future. This introductory guide will help you to add extra knowledge about the types of bullets, Read more…